Pop Star Nick Jonas Feared He Was Losing His Mind The First Time He Experienced An Alien Encounter. 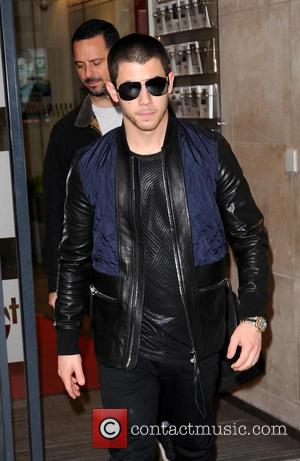 The Jealous singer, 23, reveals he was at home in Los Angeles when he spotted the UFO (unidentified flying object) and he had to check with his pal to make sure he wasn't seeing things.

"It was probably about eight years ago in my backyard in L.A., and I looked up at the sky and (saw) three flying saucers," he tells British show This Morning. "I looked at my friend and said, 'Are you seeing this or am I losing my mind?' He was seeing the same thing. Then I went online and looked and there were three identical sightings, two weeks before."

Jonas has been fascinated with UFOs ever since and he admits he was excited at the prospect of another alien sighting over the weekend (07-08Nov15), when flashing blue lights lit up the Southern California sky on Saturday.

"I'm obsessed with UFO stuff in general, so I'm all over this," the star says of the reports. "That blue light freaks me out in the best way possible."

Jonas, who spent the weekend in London, jokingly adds, "I'm really excited to get back to L.A.; I leave in a couple of hours, and I'm going to go try find the UFO. I'm very excited!"

U.S. Navy officials have since downplayed Saturday's blue-light sighting, insisting the colour display was from a missile test on the USS Kentucky submarine.