Singer Nick Lachey And His Wife Narrowly Escaped Injury In A Frightening Car Crash Over The Weekend (10-11oct15). 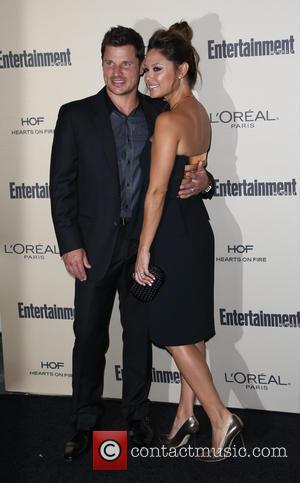 The 98 Degrees star and his TV personality partner Vanessa were enjoying a night out together when the taxi they were travelling in collided with another vehicle.

Nick posted a picture of the crushed cars on his Instagram.com page with a warning to fans, urging them to always wear a seat belt during cab rides.

"A word of advice... Always wear your seat belt when you @uber (use a cab)," he wrote. "There is no such thing as a guaranteed safe ride. #datenight (sic)."

The singer later posted a message on Twitter.com to assure fans neither he nor Vanessa were hurt in the accident.

"For the record, @VanessaLachey and I are both fine after our little @uber accident," he tweeted. "Just a sobering reminder to always buckle up!"

The couple met when the former beauty queen made an appearance in the video for Nick's 2006 single What's Left of Me, and they went on to marry in 2011.

Nick was previously married to pop star Jessica Simpson and their union was documented in a reality TV show called Newlyweds: Nick and Jessica, but the marriage crumbled in 2005 and they were divorced a year later (06).

The singer has previously said of Jessica, "She's obviously happily married with two (kids) and I'm happily married... so it all worked out the way it was kind of meant to work out...