Nick Mason's Saucerful of Secrets have announced their rescheduled 2021 tour dates, which are set to kick off on May 21 in Hamburg, Germany.

Nick Mason's Saucerful Of Secrets have announced their rescheduled European tour dates for 2021.

The Pink Floyd drummer's spin-off supergroup were due to hit the road for the European leg of the run on May 18 in Brussels, Belgium, but due to the coronavirus pandemic and the continued restrictions of mass gatherings and closure of venues, they will now begin the jaunt on May 21, 2021, in Hamburg, Germany.

In their original postponement announcement for the UK and European shows, Nick wrote on Facebook:

''The safety and wellbeing of the fans, the crew and band members are of paramount importance to those involved in the Nick Mason's Saucerful Of Secrets UK & European tour that was due to start on April 23.

''Under the advice of the government due to Coronavirus (COVID-19) and the unilateral decision by the theatres to close at these uncertain times, we have had to postpone the UK shows until October.

''The European leg of the tour, which was due to begin on May 18 in Brussels has also been postponed due to most of the governments in Europe forcing a complete lockdown of public assemblies and making it impossible to continue.

''Any further decision on this part of the tour will be taken as the situation becomes more settled and clearer.''

The supergroup - which also features Guy Pratt, Lee Harris, Dom Beken and Spandau Ballet's Gary Kemp - perform Pink Floyd's early material, and the new shows were set to see the musicians play 'Echoes' from their 1971 LP 'Meddle' for the first time as part of an extended setlist.

The 76-year-old sticksman admitted: ''David is definitely monitoring it. He's sent notes to Guy, suggestions about his singing or whatever.

''He's left me and my drumming alone, but he has done for the past 50 years.

''David and Roger [Waters] have both been very supportive.''

Nick is hopeful that David will join the group on stage one day in the future.

He said: ''Roger got up on-stage with us in New York last year and I hope David will do something as well in the future.''

Roger left Pink Floyd in 1985 and the group split in 1994, but reunited for Live 8 in 2005, and Nick admitted there were still tensions between them around the time of the one-off London performance.

Asked how surprised he was that Roger agreed to the performance, he said: ''Very. There were still all sorts of undercurrents on the day, but whatever differences we had, we proved we could still get together and do something for the greater good.

''This is the thing about reunions - and I'm sure it was the same for Led Zep - the money is a nice adjunct but you've got to really want to do it for the right reasons if you're going to tour again.''

All tickets purchased will be valid for the new dates.

Nick Mason's Saucerful of Secrets' rescheduled tour dates for 2021 are: 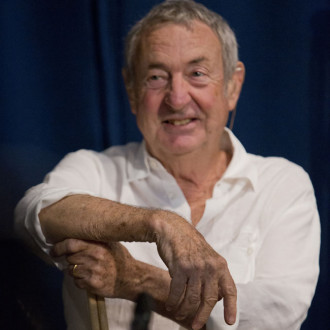