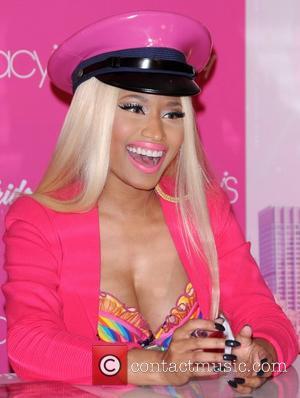 Nicki Minaj and Rihanna are expected to clean up at the 2012 American Music Awards, with four nominations apiece, reports Reuters.

Rihanna is top of the table for the main category, as she wards off competition from Justin Bieber, Katy Perry, Maroon 5 and Canadian rapper Drake for artist of the year. She’s also in line for female soul/R&B artist and best album, and will lock horns with Minaj for the female pop/rock artist category. Minaj could be recognized for her album, Pink Friday: Roman Reloaded, in both the pop/rock and rap/hip hop categories this year, and she’s nominated for favorite rap artist, too. Minaj has been attracting extra attention recently; her very public feud with Mariah Carey on American Idol culminated in a strange gun threat, but most seem sure the ‘diva-off’ is being played up by Fox to boost the talent show’s viewership.

Elsewhere in the awards, teenage singer Bieber landed three nominations this year, tying with British boy band One Direction, Maroon 5, Drake and R&B star Usher. Adele and Taylor Swift – who dominated the awards last year - received one nomination apiece. Swift will fight for female country artist against Carrie Underwood and Miranda Lambert, while Adele was nominated in the favorite adult contemporary artist category alongside Kelly Clarkson and Train. The AMA’s - which will be celebrating its 40th anniversary this year - are determined by fans through online voting, which starts on Tuesday. The ceremony and performance show will be broadcast live from Los Angeles on November 18.