Nicki Minaj admires Beyoncé's work ethic and says she makes her feel like she's ''not allowed to complain'' about her own busy schedule. 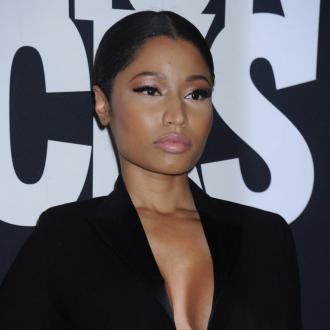 The 31-year-old rapper says the 'Flawless' hitmaker, who has two-year-old daughter Blue with husband Jay Z, inspires her and makes her feel like she's ''not allowed to complain'' about her own busy schedule.

The 'Super Bass' hitmaker said: ''There's something about her work ethic that always made me feel like no matter how hard stuff gets, I'm not allowed to complain. Some women give me the feeling that where there's a will, there's a way.''

While she is a huge fan of the 32-year-old singer, Nicki says she is more involved in her career than most other pop stars.

She said: ''People don't know how heavily involved I am in my own career. I'm on 15 to 25 conference calls every few days strategising with my team. I think a lot of artists sit back and have it done for them. Sometimes as women in the industry -- if you're sexy or like doing sexy things -- some people subconsciously negate your brain. They think you're stupid.''

She told Billboard magazine: ''Everything we see that's labelled as beautiful is very skinny. In the song I kind of say, 'F**k them skinny girls.' But it's all love. I consider myself a skinny girl...I went overboard with the video to show that I'm not going to hide. And those big-booty dancers I have, they're not going to hide. Black girls should feel sexy, powerful and important, too.''

Nicki will co-host and perform at the MTV European Music Awards in Glasgow, Scotland on Sunday (09.11.14).