Nicki Minaj is following in the footsteps of TV star Kim Kardashian West by developing her own mobile game, which is set to launch next year. 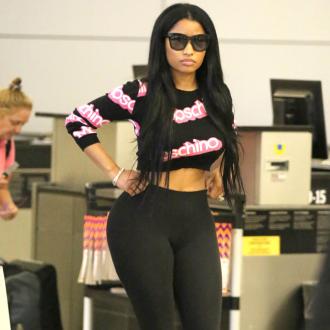 Nicki Minaj is launching her own mobile game.

The 'Anaconda' rapper is following in the footsteps of 'Keeping Up with the Kardashians' star Kim Kardashian West by creating the app, which is expected to be similar to the TV personality's 'Kim Kardashian: Hollywood' game.

Announcing the news, the CEO of Glu - which is developing the game - Niccolo de Masi said: ''I am thrilled to welcome the undisputed queen of hip-hop, Nicki Minaj, to Glu's growing list of celebrity partners.

The 32-year-old musician's game is set to launch next summer and will include her likeness, voice and ''creative attention'' according to a statement from the company.

As well as Nicki, the company announced 'Furious 7' actor Jason Statham is also working with them on his own game, adding to their client list which also includes 'Firework' singer Katy Perry and pop icon Britney Spears.

Since its launch last June, Kim Kardashian West's game has been downloaded more than 35 million times and generated $113.6 million in adjusted revenue in its first year.