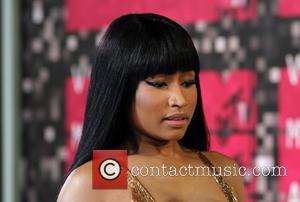 The couple is believed to be looking for property in California and editors at TMZ.com report they have put an offer in on a nine-bedroom home in Los Angeles' Hollywood Hills.

Reports suggest the couple wants to buy a house together to settle down, and Meek Mill will be moving to America's West Coast permanently from his home in Philadelphia, Pennsylvania.

Nicki recently revealed her mother was not a fan of the rapper when they first started dating.

"My mother only knows Meek from what she sees in public, in the media," she told GQ magazine. "She's met him now, but she just wants to make sure he's a nice guy. She's overprotective of her daughter.

"People don't realise... I've only had three boyfriends in my whole life. I've never dated around... I don't have a whole lot of experience in that department, so my mother and my family were very like, 'What?' This is a big step, because they've only known one thing for over a decade.

"Even my pastor, who's like a second mother, was scared. Everybody was just scared. Those women were scared for me because when I love someone I really let them in, and I really let my guard down, and I think it's only natural for a mother... she just wanted to make sure I wasn't rushing into anything."

Nicki also went on to reveal her boyfriend's best attribute - hailing him as a great kisser.

"My favourite thing about Meek is kissing him," she admitted. "I love the way his lips feel."