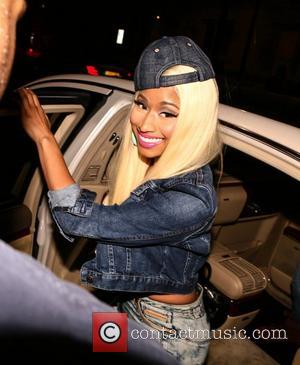 Nicki Minaj scared is not a phrase we've heard uttered before, it seems strange. The rapper is famous for her fearless nature and harsh judging on American Idol, but she's admitted that it frightens her, how honest she it.

"I'm scared. Maybe I shouldn't have been so like... It's hard for me to not say how I really feel," Minaj told Ryan Seacrest's radio show" Everyone else is so nice. I was just thinking back about some things and I was like, 'I wonder if that was not so nice.'  People quoted her as saying. "As an artist I've always grown more from the tougher criticism," she added, "and so I would like to be that person and to try to help people get that thick skin and to really give it their all, because it is a competition."

Though Minaj won't be watching with friends, she does think Idol fans will enjoy the new lineup."I don't think I'm going to be able to watch it. I'm going to be so nervous," she says of the premiere. "But I know people are going to love it. I think it's a great dynamic." Despite the on-set feud with costar Mariah Carey, Minaj says, "The chemistry of the judges, I feel it while I'm there. I think it's really different from anything we've seen before on Idol and people are going to like it."