Nicki Minaj, Avicii and Drake are the headline acts at this year's Wireless Festival, BANG Showbiz can exclusively reveal. 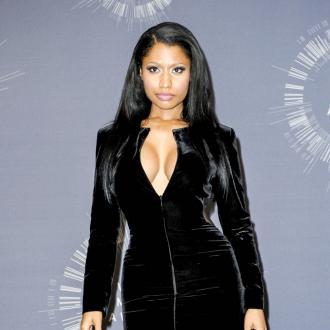 Nicki Minaj, Avicii and Drake are to headline Wireless Festival this year.

The 'Anaconda' rapper is to take top billing at the annual British music event this summer and will be joined by the other two pop superstars at the three-day music event.

It will be Nicki's first return to the festival since her appearance on the bill in 2012, while Drake had to pull out of headlining Wireless last year due to illness.

An insider exclusively told BANG Showbiz: ''Nicki is going to be the main attraction this year. It's a real coup as, at the moment, it is her only UK festival appearance. The organisers are hoping she does something really sexy on stage for her British fans.

''It's great that Drake is coming back after pulling-out last minute in 2014, while Avicii will bring the dance vibe and hopefully drop some of the tracks he has recorded with Madonna.''

Wireless Festival will return to Finsbury Park in London for the second year running, but unlike 2014 it will not be jointly held at Perry Park in Birmingham following underwhelming ticket sales and disappointing revenues.

The insider added: ''Wireless is going back to being just a London festival. The organisers tried to replicate the success of the Reading and Leeds Festivals but the Birmingham site proved to be a flop, despite having the same acts as the capital city.''

Wireless Festival - which was headlined by Kanye West and Bruno Mars last year - will be held between Friday July 3 and Sunday July 5 and other acts are set to be confirmed other the coming months.