She described her boyfriend Meek Mill as her "baby father" during a gig in Pennsylvania.

Nicki Minaj has ignited rumours that she’s pregnant after describing her boyfriend Meek Mill as her “baby father” while doing a shout-out for the rapper at one of her concerts.

“Make some noise for my baby father,” the ‘Anaconda’ singer told the crowd at Burgettstown, Pennsylvania on Saturday night (August 8th), who duly went berserk as the Billboard-topping rap star took to the stage. He has been accompanying Minaj on her North American tour, opening as the support act for his girlfriend. 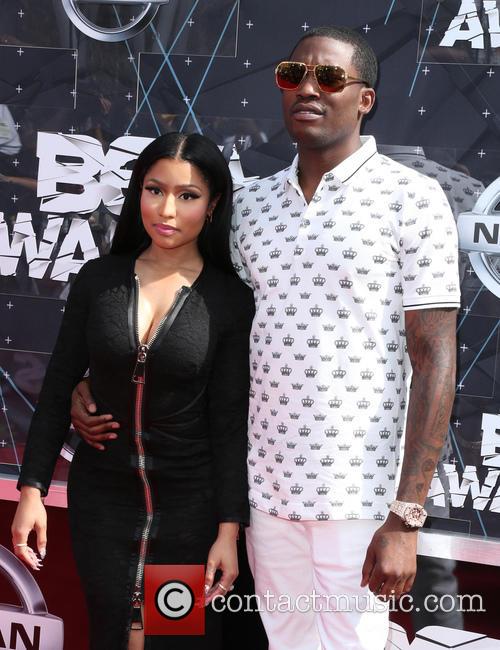 Are Nicki Minaj and Meek Mill about to become parents?

Just last week, a rumour had surfaced that 32 year old Nicki had ended her relationship with 28 year old Meek – whose real name is Robert Rahmeek Williams – following his much-publicised feud with Drake via social media that erupted at the end of July.

More: Has Nicki Minaj ended her relationship with Meek Mill following his feud with Drake?

But now, the couple, who have been dating since December 2014 and have frequently teased the public as to their actual relationship status in the past, could now be about to become first time parents.

Minaj hasn’t officially made any statements as to whether or not she’s pregnant, but she did add fuel to the rumour by re-tweeting a fan’s video of the shout-out later on Saturday evening, along with a number of emojis.

In April this year, Minaj posted a picture of herself showing off a heart-shaped ring on her finger, which triggered rumours of an engagement which the couple neither confirmed nor denied for a whole month afterwards. She then told The Fader magazine “[Our relationship] is definitely real, but it ain't really time to get married yet.”

She also told an interviewer in the same month that she wasn’t planning to have children until she was married. “I definitely will be married before I have my baby. I've always felt like that since I was young; my mother always put that in my head.”