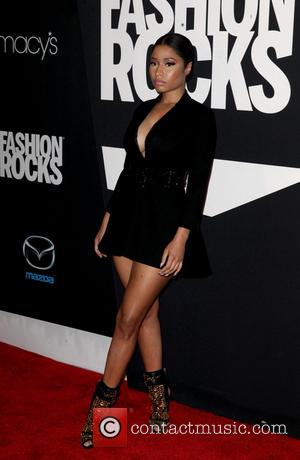 The rap star was far from happy when she discovered that over-cautious Tv chiefs had opted not to show her Anaconda in full, instead turning the camera on audience members and panning out for wide shots when they feared Minaj's butt-shaking routine was about to become too risque.

Now Minaj has released a statement to fans, which reads: "My darlingz (sic), I wish you could've seen the choreography on the 2nd verse of Anaconda last night. It was absolutely divine. Cbs decided not to show it.

"Had they told us this before, we would have changed the choreo so that you guys could see the full performance from beginning to end. They already had you tuned in tho."

She then added, "Artists spend so much of their own money, time and passion to deliver their fans great performances. But ultimately, our art usually falls into the hands of people who care nothing about our art and creativity. Promise you'll get to see this new choreo soon."