Nicki Minaj is determined to gain a career in the acting business as well as the music industry after landing her small role in 'The Other Woman'. 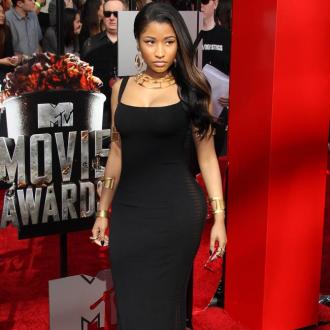 The 31-year-old rapper had a small role in the new movie 'The Other Woman' alongside Cameron Diaz, Kate Upton and Leslie Mann, but she's now determined to land herself bigger and better roles in the near future.

Speaking to MTV News, she said: ''I am going on auditions, and I'm trying to find the right role with the right director and the right writers. I want to be part of something from the beginning stage this time, and I want the role to be custom-made for me.''

The brunette beauty, who is currently working on her third studio album, is adamant she'll still be able to juggle her music career if she did decide to take on a film role.

She explained: ''It gave me an idea as to what the world would be like ... And now that I know it's something I can do, I think I want to expand a role eventually.''

Nicki is open to any genre, but hopes to make another comedy one day and has her sights set on a high-budget action film because she believes she's able to adapt.