Nicky Hilton Has Reportedly Recruited Legendary Crooner Lionel Richie To Sing At Her Wedding In London On Friday (10jul15). 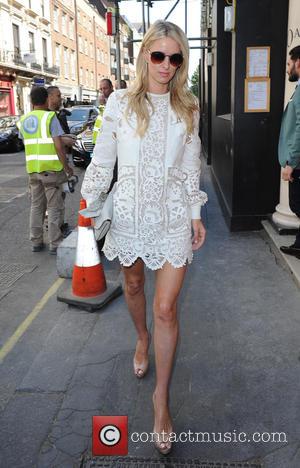 Picture: Nicky Hilton - Paris Hilton enjoys lunch at The Arts Club in Mayfair, with sister Nicky Hilton. The pair then had a stroll around Mayfair,...

The Hilton family has long been close to the Richies, and Paris even appeared in reality TV show The Simple Life with Lionel's daughter Nicole, and now sources suggest the couple has asked the Hello hitmaker to perform at their ceremony.

The singer is said to have penciled in the performance between an appearance at the Henley Festival in Oxfordshire, England on Thursday night (09Jul15) and a show in Montreux, Switzerland on Saturday (11Jul15).

An insider tells Britain's The Sun newspaper, "Lionel has a break in his busy schedule in between performing in Henley-on-Thames and Switzerland. He doesn't normally do weddings but agreed as he's been pals with the Hiltons for years and was in the country anyway. For them it's not like booking a huge star, more like an old family friend who will get up and sing. That's not to play down how amazing it will be."