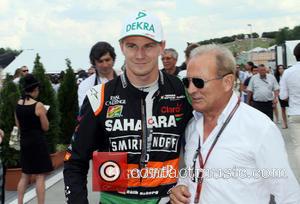 Nico & Vinz have scored a second week on top of the U.K. pop charts with their Am I Wrong hit.

The Oslo, Norway-based duo, became the first Norwegian act to have a number one hit in Britain since A-ha's The Sun always Shines on Tv nearly three decades ago when they hit number one last week (10Aug14).

Rude by Magic! and OneRepublic's Love Runs Out round out the top three, as they did last week.

On the albums chart, Ed Sheeran lands an eighth week at number one with X, while Sam Smith's In the Lonely Hour swaps places with Dolly Parton's hits compilation Blue Smoke - The Best Of to round out the top three.