Childhood: Nicola Roberts was raised in Runcorn, Cheshire. She has a sister named Frankie and two younger brothers named Harrison and Clayton.

Music Career: Nicola Roberts auditioned for the TV show Popstars: The Rivals, singing a version of Shakira's 'Underneath My Clothes'. Initially, Roberts was eliminated before the final round of the contest. However, when another contestant, Nicola Ward, pulled out of the show when she objected to the show's contract, Roberts was brought back in.

The group Girls Aloud was formed along with Sarah Harding, Nadine Coyle, Kimberley Walsh and Cheryl Cole. They did not win the series, but lost out to Hear'Say. However, Girls Aloud have had a far more enduring career than the winners of the contest.

Nicola Roberts made a cameo appearance in a 2008 remake of St. Trinians. She played the part of a schoolgirl, along with the other members of Girls Aloud. She also appeared in Britannia High with Kimberley Walsh.

Nicola Roberts has contributed her songwriting skills to the Girls Aloud albums Chemistry, What Will The Neighbours Say? and 'I Don't Really Hate You', the B-side to 'See The Day'.

Girls Aloud announced in 2009 that, after their support slots with Coldplay (Jay-Z is also on the bill), they would be taking a break for a year. Nicola will be concentrating on her cosmetics range Dainty Doll, which is aimed at people with fair skin. She has also been chosen as the new face of Vivienne Westwood's fashion label.

Personal Life: In December 2006, Nicola Roberts split with Carl Egerton, whom she had been dating for five years. She then dated another Carl, this time the businessman Carl Davies. They had planned to marry but at Sarah Harding's wedding to the DJ Tom Crane, Nicola revealed that her new boyfriend was Charlie Fennell, who she has been dating since September 2008.

Cheryl's Pals Reveal Her Split From Liam Payne Is "Hard"

By Charlotte Court in Lifestyle / Showbiz on 17 July 2018

As a former Girls Aloud member and close friend of Cheryl, Kimberley Walsh has been there to support the ups and downs of her rollercoaster love life. Now, shortly after the announcement Cheryl and Liam Payne had ended their two-year relationship, Kimberley has revealed this latest split is "hard". Cheryl has been surrounded by her friends following her latest split

Speaking on ITV chat show Loose Women, the 36-year-old mother-of-two gave audiences a rare insight in her pal’s love life as she goes through a break-up with the father of her young son, Bear. Nicola Roberts at the 2016 The Pride of Britain Awards held at the Grosvenor Hotel, London, United Kingdom - Monday 31st October 2016 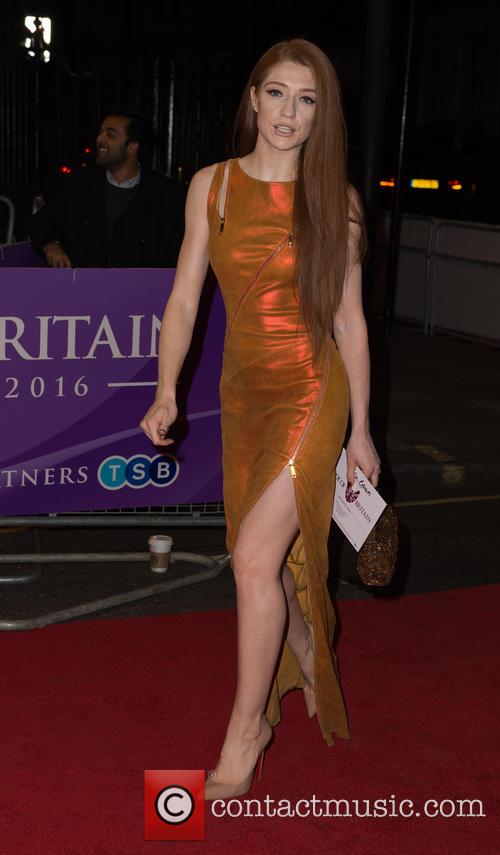 Nicola Roberts at the 2016 The Pride of Britain Awards held at The Grosvenor Hotel, London, United Kingdom - Monday 31st October 2016 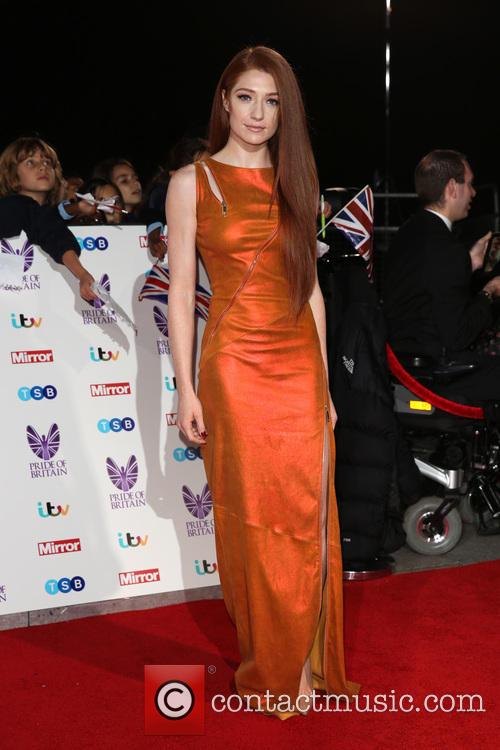 Cheryl Fernandez-Versini To Be Bridesmaid At Kimberley Walsh's Wedding

She's determined to put her recent marriage heartbreak behind her by playing an important role at her former Girls Aloud bandmate's wedding.

Despite her own recent marriage problems, Cheryl Fernandez-Versini is going to fulfil her promise to her Girls Aloud bandmate Kimberley Walsh by acting as her bridesmaid later this month.

The 32 year old singer and her former bandmate Nicola Roberts are set to be the two bridesmaids at Kimberley’s wedding to Justin Scott, her partner of 11 years, at the end of January in a romantic ceremony in Barbados.

A source told The Sun: “Kimberley sorted the date for her wedding ages ago and Cheryl is going to be there to ensure the big day goes to plan. She's played a huge part in the preparations and being involved had at least provided her with a bit of a distraction from her own troubles.” 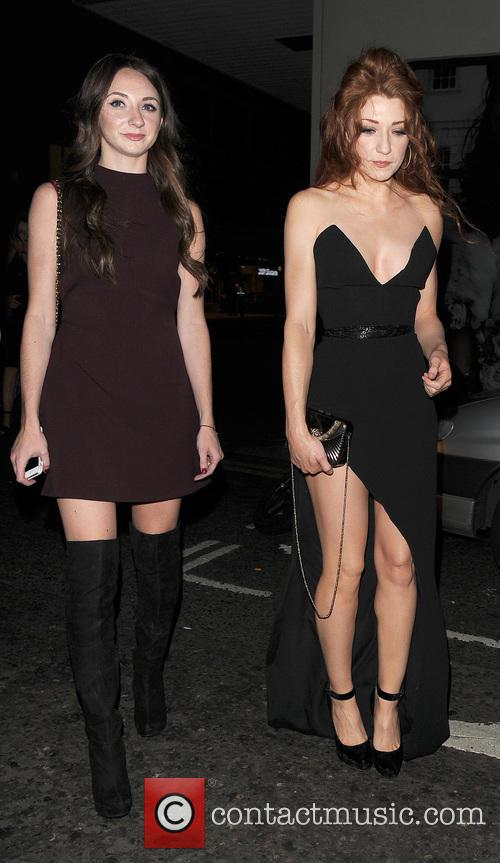 Kimberley Walsh and Nicola Roberts from Girls Aloud arrive with a trolley full of suitcases each at LAX Airport. 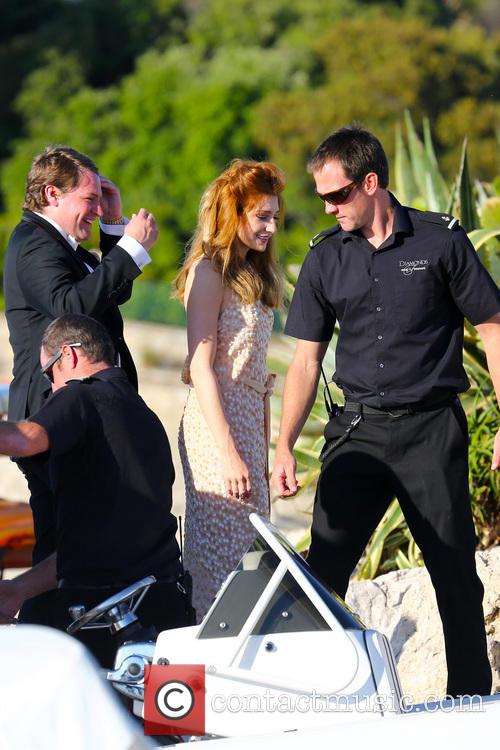 Looking Glam As Ever: Cheryl Cole Manages To Look Her Usual Beautiful Self Whilst Wearing Unusual Onesie-Outfit

Cheryl Cole hit the town yesterday with her Girls Aloud bandmate Nicola Roberts and boyfriend Tre Holloway, and regardless of the fact that she went out wearing just one item of clothing and a pair of heels, she still managed to pull it off with veritable ease.

The Geordie singer was dressed in a navy blue jumpsuit, finishing the already unusual get-up with a pair of leopard skin heels and whilst this might not sound like everyones idea of glamour, Cheryl still managed to pull it off with the expert levels of style and sophistication that we have come to expect from her.

With Nicola in a more reasonable pink military-style jacket and jeans and Tre wearing a shirt, blazer and jeans topped off with a beanie, Cheryl managed to steal the show for all the right reasons when the three were spotted heading to a restaurant in London last night (Dec 13).

Continue reading: Looking Glam As Ever: Cheryl Cole Manages To Look Her Usual Beautiful Self Whilst Wearing Unusual Onesie-Outfit

Girls Aloud Reunion Single "Untouchable" Due To Be Released This Friday

Girls Aloud have released a teaser for their upcoming video, set to be released this Friday. The trailer shows the five ladies walking away from the camera and cuts off just as they are about to turn. The new video comes following the announcement of the girl group's long awaited reunion after years of separation. Preparation for the long awaited Girls Aloud reunion is in full swing and the five members are about to make a big announcement to fans on YouTube this Friday.

According to Digital Spy, Cheryl, Nadine, Kimberly, Sarah and Nicola will also be releasing a Greatest Hits album next year, followed by a UK tour, which might turn out to be their last.

The Girls Aloud official website has been relaunched as part of the promotional effort. It features a ten day countdown to the release of the new single "Untouchable".

Continue reading: Girls Aloud Reunion Single "Untouchable" Due To Be Released This Friday

The BBC have confirmed that Cheryl Cole will appear as a music guest on the latest series of Strictly Come Dancing, for an episode set to air in mid-November. The singer will be performing her new single ‘Screw You’ on the show, on what will be a live recording.

Around the same time, Cole (née Tweedy) will also be making a return to The X Factor as part of the judge’s home segment of the show, in which she will offer advice and a few pointers to the budding singers. She will sit alongside judge Gary Barlow as he mentors his batch of hopefuls. The two supposedly hatched the plan for Cheryl to return to the show during the celebrations for the Queen’s Diamond Jubilee celebrations, for which Barlow served as the curator.

As well as the ITV reunion, Cheryl could also be making another reunion when she joins the BBC show to perform, this time with her former Girls Aloud bandmate Kimberley Walsh. Kimberley is set to be one of this year’s contestants and should she still be in the competition by the time Cheryl makes her appearance, it would mark a potentially emotional reunion between the two. Kimberley recently revealed to the press that it was Cheryl’s influence that made her join the reality show, admitting that she and fellow Girls Aloud member Nicola Roberts urged her to do the show.

Roberts: 'Cole Is Undecided Over Divorce'