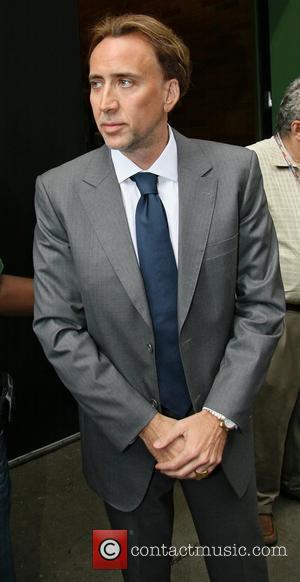 Although it opened in first-place at the box-office, the Nicolas Cage thriller Bangkok Dangerous was considered an unmitigated flop this weekend as it drew just $7.8 million -- a pyrrhic victory if there ever was one for producers Lionsgate. Nevertheless, Lionsgate's distribution chief Steve Rothenberg insisted that the studio would make a small profit from the film and suggested that things could have been worse. "We lucked out," he told the Associated Press. "No one was [opening] against it." The overall box office looked equally dismal as it wound up with what is likely to be the smallest number of tickets sold in at least five years and just $51.6 million in the till. Media by Numbers chief Paul Dergarabedian blamed the decline on the conventions, the weather and the beginning of the fall TV season. "This was not a pretty weekend at the box office," he said. Coming in second was the fourth weekend of Paramount/DreamWorks' Tropic Thunder with about $7.5 million.