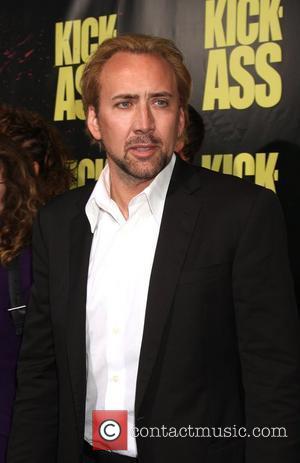 Cash-strapped Nicolas Cage has chosen New Orleans, Louisiana as his final home - the actor has reportedly purchased a tomb in the city for after his death.
The Con Air star is currently selling off his property portfolio in a bid to settle ongoing financial problems - but his money woes haven't stopped him buying a pyramid-shaped burial chamber in a New Orleans cemetery.
The structure is nine feet tall (2.7 meters) and is expected to be Cage's final resting place, according to TMZ.com.
Cage is facing a massive $14 million (£8.75 million) tax bill and is currently embroiled in a legal battle with his former business manager Samuel Levin, who he has blamed for causing his money woes.