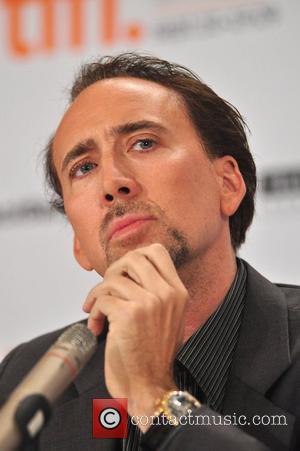 Nicolas Cage is lining up a new movie with longtime pen-pal Val Kilmer after the two stars briefly teamed up on the set of BAD LIEUTENANT.
The Con Air star reveals he and Kilmer have been fans of each other's work for years - often writing to offer praise for a job well done in a movie.
And Cage was thrilled when he learned he'd be working with Kilmer in his new film - but they never got enough screen time together.
He tells WENN, "We used to correspond with one another. I used to write letters telling him I appreciated his work in Tombstone and then he would return the compliment with other things that I had done.
"I always felt that Val was, along with Robert Downey, Jr., something of a genius, so I had hoped we would work together. There wasn't enough for us to do together in this movie, so I'm looking forward to doing something else with him at some point."