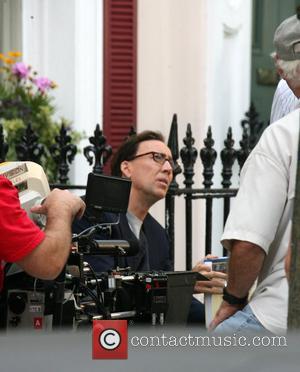 LATEST: Nicolas Cage has been confirmed as the favourite to play camp showman Liberace in a new movie musical. The actor has been linked to the role for years, but now screenwriters Jason Friedberg and Aaron Seltzer have confirmed Cage is in talks to show off his musical skills as the late pianist. Speaking at the Sundance Film Festival, where the writers are promoting their new comedy EPIC MOVIE, Seltzer says, "We met with Nicolas Cage last year and he really wanted to star in it; he wanted to direct himself in it too."