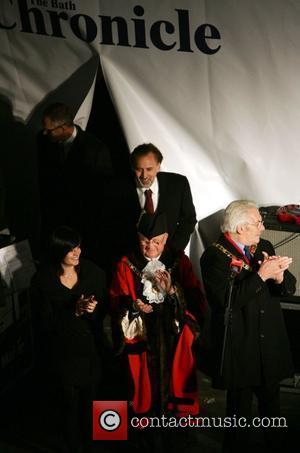 Picture: Nicolas Cage Christmas Lights 'Switching On' ceremony in Bath. Nicolas Cage, who owns a Castle in the town, which he is planning to...

Nicolas Cage has been dealt a blow by Hollywood movie bosses - they have postponed the release of his forthcoming film SEASON OF THE WITCH just five weeks before it was set to hit cinemas.
The drama, based on Bragi Schut's script about a girl suspected of being a witch, was scheduled for U.S. release on 19 March (10).
But executives at Lionsgate have pulled plans to feature the film Stateside until further notice, according to Daily Variety.
A reason for the delay has not been revealed and a new launch date has yet to be scheduled.