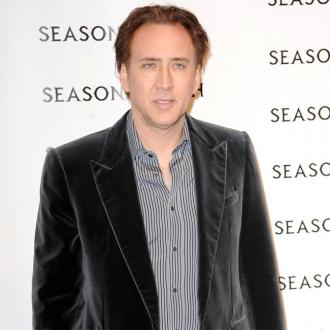 The 50-year-old actor snapped up a mansion in New Orleans previously owned by Madame LaLaurie, who's known for the torture and murder of slaves, in the hope of gaining inspiration to pen an American horror novel.

Speaking in the Daily Mail newspaper's Event magazine, he said: ''I once lived in the most haunted house in America. The LaLaurie Mansion in New Orleans used to belong to Madame LaLaurie, a well-known 19th century socialite and serial killer.

''I bought it in 2007, figuring it would be a good place in which to write the great American horror novel. I didn't get too far with the novel.''

However, the 'Kiss-Ass' star admits that isn't the only time he's found himself in a spooky situation as someone once told him his son Weston, now 23, whom he has with ex-girlfriend Christina Fulton, would be dead before he reached the age of 15.

He explained: ''Someone once told me that my child, nine at the time, would be dead by the time he was 15. I immediately told that person to back away from the house and they did. My son, Weston, is now 23.''