Nicolas Cage took the role of Behman in 'Season of The Witch' because it was his childhood fantasy to play a knight. 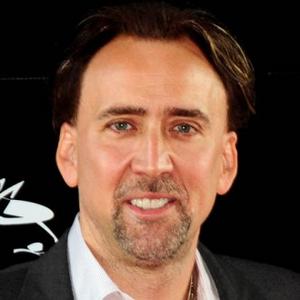 Nicolas Cage has always wanted to play a knight in a film.

The Oscar-winning actor - who has played a superhero and a sorcerer in recent films - took on the role of sword-slinging character Behman in 'Season of The Witch' because it gave him the chance to act out a boyhood fantasy and play a knight.

He said: "What appealed to me? I think that I was in the right place at the right time in my head, for this kind of role. I wanted to make a movie that was really scary, play a knight and hang out in the forest, for a few years now, and that's exactly what this movie provided me with.

"Plus, the idea of playing a knight was something that I had been doing, ever since I was a child, in my backyard, so this gave me a chance to do it, as a child's dream come true."

The Dominic Sena-directed project was shot in various European locations, but the Hollywood legend felt a particular affinity with Austria because of it "magical" energy.

He told Collider.com: "I would definitely return to Austria. They were all good experiences for me, but definitely Austria because there were some ancient Celtic, sacred sites that were in the forest that were quite beautiful. There's just an energy there that is undeniable. It is like being in a Grimm's fairy tale, in a magic forest."