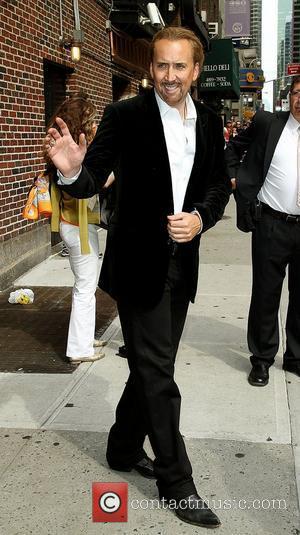 Nicolas Cage, the American actor who was recently arrested for public drunkenness, also found himself at the centre of a child-abuse investigation, reports ABC News. Nicolas Cage's five year old son Kal-El reportedly fell and scraped his knee amidst the chaos of the April 16th arrest and a child-abuse detective was called to the scene.
According to the police account of the incident, Cage was retrieving his son from a car during an argument with his wife. The report states, "At some point, Mr. Cage fell while holding their son. The fall caused the five year old child to suffer a minor abrasion on his left knee, and she then recovered the child". Following his arrest for domestic abuse, disturbing the peace and public drunkenness, a friend of Cage told the Chicago Sun-Times, "Many of us are worried that his drinking again is a big problem for him and those around him. Nic has been under so much pressure lately, due to a variety of issues - including his major financial problems". The arrest does not seem to have affected Cage's production schedule on his new movie 'Medallion', which he is busy shooting in New Orleans. The actor has spoken candidly about his drug and alcohol abuse in his twenties, but reportedly "rejects rehab and 12-step programs as things other people do".
Nicolas Cage recently starred in the heavily derided 'Season of the Witch', with Ron Perlman and Stephen Campbell Moore. Rolling Stone Magazine were particularly scathing of the horror flick, noting, "Season of the Witch is as bloodless as a starved vampire. Instead of a review, it deserves a stake in the heart".