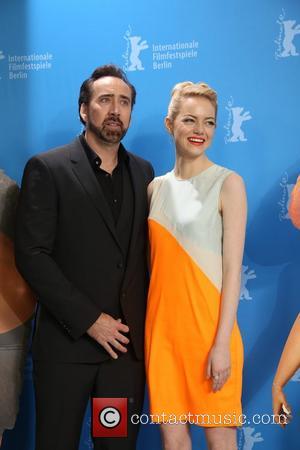 A stuntman is suing movie bosses behind NICOLAS CAGE's blockbuster Ghost Rider: SPIRIT OF VENGEANCE over allegations he was seriously injured during a promotional motorcycle jump.

Michael Gaboff claims he was left with a broken back, collapsed lungs and second-degree burns after a videotaped stunt to promote the film's Dvd release went horribly wrong.

He was set on fire for the motorcycle jump over a lake in April, 2012, and claims the subsequent accident left him with $1 million (£625,000) in medical bills.

Gaboff filed a lawsuit at Los Angeles Superior Court on Friday (08Mar13), taking aim at Sony Pictures bosses, as well as producers at Break Media and Next Point, Inc. over claims they should have done more to protect him from harm.

The lawsuit, obtained by The Hollywood Reporter, seeks unspecified damages for negligence, peculiar risk, ultra-hazardous activity and breach of contract.