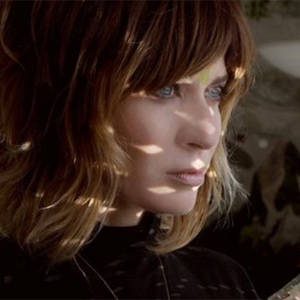 Slow Phaser features the single 'Girl You Look Amazing' and is one of 12 fantastic songs that make up the neon noir tour de force of hi-def late-night pop Nicole is calling the album. The album marks Atkins' most ingenious and indelibly modern collection to date. Bittersweet yet life affirming, Slow Phaser is Nicole Atkins at her confident and unpredictable best - spirited, sexy, and determinedly forward thinking.

"I wanted to make something that no one's ever heard before," she says, "including myself."

On Slow Phaser Atkins collaborated with veteran drummer/producer Jim Sclavunos (Nick Cave & The Bad Seeds, The Cramps, Teenage Jesus & The Jerks) and producer Tore Johannson (Franz Ferdinand, The Cardigans) - with whom she partnered on her now-classic 2007 debut, Neptune City. The album was recorded at Johansson's residential Malmö, Sweden studio and with his able assistance, she devised a compelling new sonic approach, melding psychedelic energy, prog rock adventurism, after hours disco ambience, and the raw emotional purity of the finest country soul.

"It sounds large but not cluttered," she says. "We only used four instruments and tracked everything live. Instead of layering on a bunch of strings and horns and bells, the idea was to try to make everything have such complex melodies that they fit together like a puzzle. Every little bit counts."

Slow Phaser track listing
01 Who Killed The Moonlight ?
02 It's Only Chemistry
03 Girl You Look Amazing
04 Cool People
05 We Wait Too Long
06 Red Ropes
07 What Do You Know ?
08 Gasoline Bride
09 The Worst Hangover
10 Sing Song
11 Above As Below
Label : Oh'Mercy! Records / Thirty Tigers