With a tear, fans can wave goodbye to the late actor in this sweet and funny rom-com.

It's perhaps fitting that James Gandolfini eschewed his gangster typecast in favour of a warm, good-humoured teddy bear of a man in his last ever film, Enough Said: it marks the end of an era. Known for his role as mob boss Tony Soprano in the long-running HBO drama The Sopranos, Gandolfini died this June of a heart attack whilst holidaying with his family in Rome, aged 51 which came as a massive, heart-breaking shock for his fans. The just-released Enough Said marks the actor's last ever filming.

This romantic comedy will bring a tear to your eye, but less for its story.

The trailer has been released for Enough Said; a rom-com that will bear a more potent poignancy for those who were fans of the late James Gandolfini, star of The Sopranos. The actor died in June after an unexpected heart attack, whilst on holiday in Rome, but his death didn't mean he couldn't keep entertaining post-humously.

Kate and her husband Alex own a trendy furniture store on Fifth Avenue; the products they buy come from estate sales. This is just the start of one of the many problems Kate is developing with her way of life. Materialism seems to have become a big part of her life and it also appears her way of life has rubbed off on her teenage daughter. Trying to balance a work and homelife with her husband is also taking a toll - not to mention their old next door neighbour whose flat they want to develop. 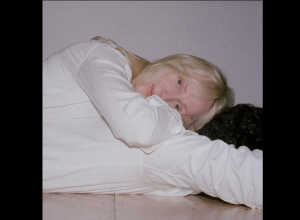