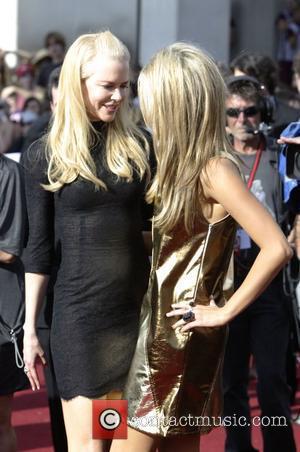 Oscar-winners Nicole Kidman and Judi Dench have reportedly signed up to star in the upcoming film NINE.

Directed by ROB MARSHALL, NINE is an adaptation of the Tony award-winning Broadway musical, which in turn was based upon Federico Fellini's Eight and a Half.

A number of A list stars are already signed up to the project including Javier Bardem, who will play the central character  a film director juggling the demands of the several women in his life.

Bardem's real life partner Penelope Cruz will also play a role in the film as will SOPHIALOREN and this year's best actress Oscar winner Marion Cotillard.

It is as yet unknown what parts Nicole and Dame Judi will play.

JAVIER BARDEM also won an accolade at this year's Oscars ceremony  taking home the trophy for best supporting actor for his role in NO COUNTRY FOR OLD MEN.

This means that there will be four winners in the cast.

NICOLE KIDMAN received the Academy Award for her portrayal of Virginia Woolf in THE HOURS in 2002, while JUDI DENCH was awarded the best supporting actress accolade for her role as Elizabeth I in Shakespeare In Love.