Actresses Nicole Kidman And Kate Mara Are Among The Ladies Who Will Be Feted At The Upcoming 2015 Crystal + Lucy Awards. 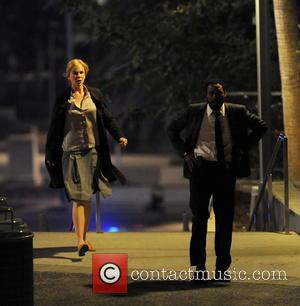 Picture: Nicole Kidman and Chiwetel Ejiofor - Photo's of Australian actress Nicole Kidman as she filmed night time scenes for her new film 'The Secret In...

The Oscar winner will be honoured with the Crystal Award for Excellence in Film, while Mara is set to receive the The Women In Film Max Mara Face of the Future prize at the fundraising dinner, which supports the Women in Film organisation's educational and philanthropic efforts for gender equality.

Selma director Ava DuVernay will also be honoured with the Dorothy Arzner Directors Award and Transparent creator Jill Soloway will be the recipient of the Lucy Award for Excellence in Television.