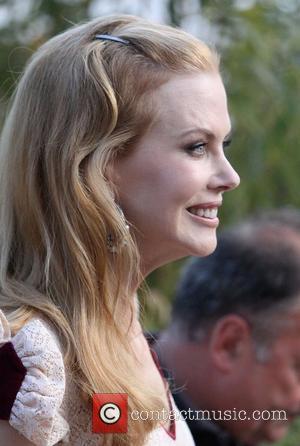 Nicole Kidman has been shocking critics at Cannes with her on-screen sexual exploits in 'The Paperboy' and now it looks as though her appearance in the forthcoming HBO movie 'Hemingway & Gellhorn' will do just the same. Talking to the New York Post at Cannes Film Festival, she explained that she doesn't feel as brave as some may assume, when she's filming her sex scenes.
The 44 year old actress told the Post, on the red carpet, "Oh, no, I have a tremendous amount of fear. But I just push through it. Sometimes other people push me through it and sometimes I just make myself. I'll feel terrified but then I'll just go, 'So what's the worst that can happen? So people won't like it, or I'll fall flat on my face and hurt myself, OK." Nicole Kidman stars as Martha Gellhorn in the movie, alongside Clive Owen as the novelist Ernest Hemingway and although she had never heard of Gellhorn before being introduced to the movie's script, she was inspired by the character, who had a tempestuous five-year marriage with Hemingway. "This woman was remarkable," Kidman said. "I love that she stayed true to her nature and didn't try to be something she wasn't."
Prior to the screening of 'The Paperboy' in Cannes, Kidman had said at a press conference that she was not afraid of failing, in her career. The movie has been met with lukewarm reviews, with many reviewers seemingly disappointed in the script and the direction of the film.