The Nicole Kidman-starring 'Stoker' has received strong praise from critics ahead of release this week. 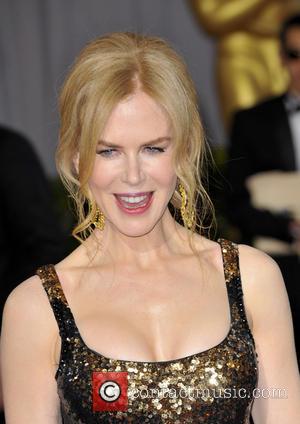 We here at Contactmusic.com thought Nicole Kidman might have a hit on her hands after seeing the trailer for psychological thriller 'Stoker' back in 2012. It stars the Australian actress opposite Mia Wasikowska and Matthew Goode in a film about 'Uncle Charlie' moving in with India and her emotionally unstable mother Evelyn after the death of India's father. Suspicions about Charlie's motives are raised, things get a little weird - it looks great. Check out the creepy poster.

'Stoker' - from director Park Chan-Wook, known for his immaculate framing - has scored strong reviews ahead of its release in the U.S and UK this week. Betsy Sharkey of the Los Angeles Times loved the movie, calling it a "A bizarrely perverse, beautifully rendered mystery that you may or may not care to solve." Esteemed critic A.O. Scott of the New York Times wrote, "It may be Mr. Park's reputation that induces a state of queasy anticipation in the early scenes of "Stoker." But it is also, unquestionably, his craft."

After several missteps over the past ten years - The Stepford Wives, Australia, The Paperboy - Nicole Kidman's latest movie is among her finest for a decade.