Snooki - Snooki To Fight In Tag Match At Wrestlemania 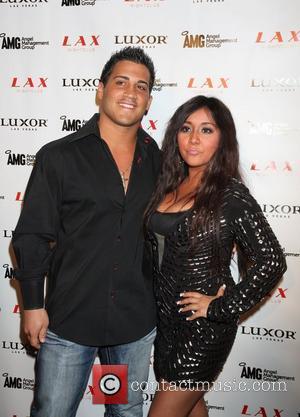 Snooki is set to be involved in a six person mixed tag match at Wrestlemania Xxvii.
Snooki, the American reality television star also known as Nicole Polizzi, is set to feature at this year's Wrestlemania Xxvii, reports MTV News.Snooki was the special guest on the Wwe's flagship show 'Raw' this week and she got involved in a match between female wrestlers Vickie Guerrero and the former women's champion Trish Stratus. Guerrero eventually won the match with the help of boyfriend Dolph Ziggler and allies Layla and Michelle Mccool. After Snooki was called out into the arena, she attacked MCCool and a match-up was set for Wrestlemania. The pay-per-view event will air live from Atlanta on 3rd April 2011, where the reality star will team up with Stratus and John Morrison to take on Ziggler, MCCool and Layla. It was announced earlier this month that 'The Rock' aka Dwayne Johnson will return to host the evening.
Snooki is the latest member of the 'Jersey Shore' cast to become involved in professional wrestling. Angelina Pivarnick and Jenni Farley have previously made appearances on 'Total Nonstop Action Wrestling'.