Nicole Richie has explained why former best friend Paris Hilton wasn't invited to her wedding with Joel Madden, saying ''We only wanted to celebrate with the people who we love and who care about us.'' 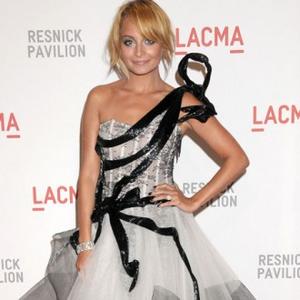 Nicole Richie didn't invite Paris Hilton to her wedding because she only wanted to have guests "who care" about her.

The socialite tied the knot with long-term partner Joel Madden on Saturday (14.12.10) in front 130 of her closest friends and family, but her former best friend was notable by her absence.

Explaining why Paris wasn't invited, Nicole said: "We only wanted to celebrate with the people who we love and who care about us."

Nicole and Joel - who have two children, Harlow, two, and 15-month-old Sparrow, together - married at the Beverly Hills estate of her father Lionel Richie, and the 29-year-old beauty admits her dad was delighted by the couple's union.

She told Germany's In magazine: "My dad calls Joel my Prince Charming. And that's what he is!"

Nicole - who wore three different Marchesa gowns on her big day - was also delighted to have children involved in the ceremony, which was held under a tent transformed to resemble a French garden.

She added: "Joel let me organise my dream wedding.

"Harlow didn't sprinkle the flowers, she just kept putting handfuls of them on the floor. Sparrow was the ring-bearer."

Sources have previously insisted Paris - who has been friends with Nicole since they were just two years old - was not upset about not being invited to the nuptials.

One insider said: "She and Nicole aren't close anymore, but there are no hard feelings there. They just grew up and apart."