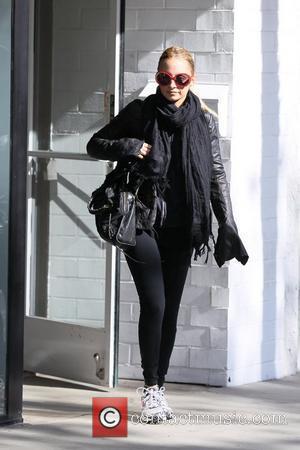 Nicole Richie and Joel Madden exchanged vows before hip-hop royalty on Saturday (11Dec10) - they were married by rap legend REVEREND RUN.
The couple became man and wife during a romantic ceremony at the socialite's father Lionel Richie's Beverly Hills estate, in front of family and friends including Gwen Stefani and Ashlee Simpson. Madden's twin brother Benji served as best man, while DJ Samantha Ronson was among the bridesmaids.
But there was another special guest at the lavish event - Run-DMC icon and practising Pentecostal minister Joseph 'Rev. Run' Simmons officiated the ceremony, according to UsMagazine.com.
One eyewitness tells the publication, "Joel and Nicole have looked up to Rev. Run, so they wanted him to officiate.
"They both appreciate his family values and he is an inspiration for both. They both also respect his faith, too."