Will Nicole Richie Ditch The 'Tramp Stamp' To Complete Her Slick New Look? 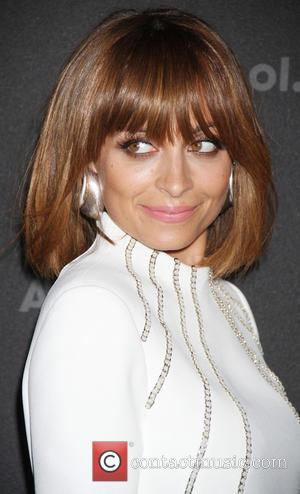 Nicole Richie is really starting to shed her wild-child past. At the age of 31, the fashion designer, who - let's face it - used to be famous simply for being BFFs with Paris Hilton, has just unveiled a sleek & sophisticated new look and she's even looked into getting rid of her 'tramp stamp' - a tattoo that she got when she was 16.

Chatting to the proprietor of LA's Dr Tatoff tattoo removal studio, Richie asks what the worst tattoo is that he's ever seen and he reveals it's a smiley face on the head of a penis. Richie filmed the experience for her new AOL web series, #CandidlyNicole in which she explains that her tattoo "means a certain thing and I just don't want to be a part of that group." She shows the doctor the cross in her. um. crack before learning about the process of having a tattoo removed. After being told that it would take "the best part of a year" to fully remove the tattoo, she decided not to undergo the procedure.

So, it looks as though Nicole will just have to distract everybody with her sleek new bob, to make sure they're not looking at any one of her nine tattoos and judging the mother of two on those, instead of her new retro style. At the AOL Digital Content NewFront Launch, she was sporting a new fringe and seventies style bob, reminiscent of her own House of Harlow fashion label.