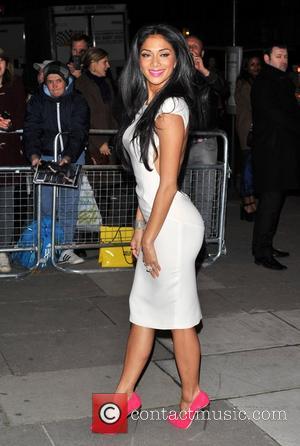 Nicole Scherzinger, a judge on the UK's X Factor, who's currently dating British Formula 1 star Lewis Hamilton, has admitted she had no idea who David Cameron was. The former Pussycat Dolls star actually met the Prime Minister at the Pride of Britain Awards earlier this week, though had to be told who he was.

In fact, Scherzinger has revealed to The Mirror that she asked one of Cameron's aides where 'Prime Minister' Blair was. "I didn't know who he was," she said, adding, "They said they were introducing me to the Prime Minister and he came over, and I was like, 'Where's Tony Blair?' I thought it was still him. Someone had to tell me. I was a real ass." Earlier this week at the Cosmopolitan Ultimate Women of the Year Awards, Scherzinger said she absolutely loved Prince Charles' Pride of Britain speech. "He is gangsta!" she said, "He's a prince! He basically got up on stage and said: 'The UK's the s***.' I was like: Yeah!"

The X Factor star created waves at the event after chugging down on a pint of beer while her showbiz pals sipped wine. Thumbs up from us!