Nicole Scherzinger wants to apologise to her former The Pussycat Dolls bandmates. 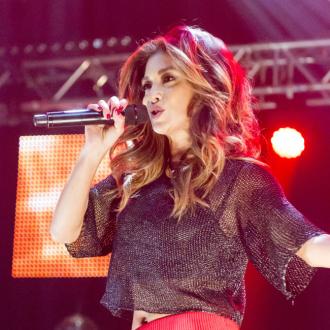 Nicole Scherzinger wants to apologise to her former The Pussycat Dolls bandmates.

The 'Boomerang' hitmaker featured in the band alongside fellow members Carmit Bachar, Ashley Roberts, Jessica Sutta, Melody Thornton and Kimberly Wyatt for five years, but admits she was often ''distant and stand-offish'' because of an eating disorder.

When asked who she would like to say sorry to, she said: ''The other members of the Pussycat Dolls. There were a lot of moments when I was with them that I was distant and stand-offish. I never opened up to them to talk about my problems and I would shut myself away - and push them away - because I was battling this horrible secret illness, bulimia.''

The singer - who has since enjoyed a prosperous solo career - joined the band as the lead vocalist in 2005 and enjoyed chart success with the band with their hit singles 'Don't Cha', 'When I Grow Up' and 'Jai Ho! (You Are My Destiny)', before their split in 2010.

The 36-year-old star - who is currently dating Formula One champion Lewis Hamilton - recently admitted the disease had a huge impact on her life for over a decade but has since overcome the problem.

She told Event magazine: ''Between 18 right up to my mid-30s I suffered from bulimia. It was all wrapped up with my low self-esteem and a crippling lack of confidence. It's taken me a long time to deal with these issues and I feel so annoyed that I let that disease take over.''

Nicole Scherzinger is dreaming of a Tahiti honeymoon