Nicole Scherzinger feels ''very blessed'' after moving to New York City and is excited for a ''new adventure'' following her split from Lewis Hamilton. 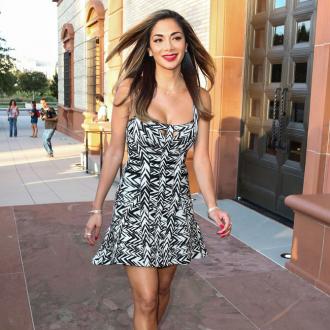 The 37-year-old singer, who split from British Formula One driver Lewis Hamilton in January after seven years of dating, insists she is doing ''good'' and is excited for a ''new adventure'' after landing a job on Neil Patrick Harris' new NBC variety show 'Best Time Ever'.

Asked how she is doing after the breakup, she said: ''Things are good. I think it's all about having a refreshing outlook on life, looking at things in a positive, uplifting way and having gratitude. I'm very blessed.''

Nicole, who recently denied rumours she is dating Ed Sheeran, grew up in Hawaii, but says she always wanted to live in New York after spending much of the last few years working in London to be near Lewis, 30.

She told PEOPLE.com: ''I'm super stoked because I've always wanted to live in New York. It was a dream of mine because I grew up on the stage. And all of my friends [from my childhood] all live here. I'm excited that my work has brought me this new adventure, this new journey in life. 'Best Time Ever' has brought me here and I love where I live. Things are good.''