Nicole Scherzinger: I did all the Pussycat Dolls singing

Nicole Scherzinger claims that she was the frontwoman of the Pussycat Dolls because she ''probably did 95 per cent'' of the singing. 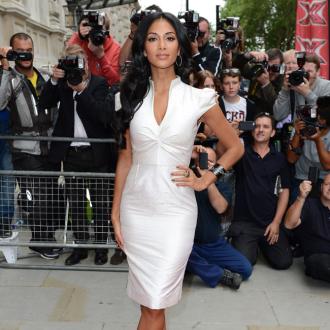 Nicole Scherzinger did all the singing in Pussycat Dolls.

The star - who fronted an earlier line up of the girl band, and now has a solo career - insisted she did ''probably 95 per cent'' of the vocals on the six-member group's debut album, 'PCD'.

Speaking on a 'Behind The Music' special for TV channel VH1, Nicole said: ''I hope I don't get in trouble for the stuff that I say but I'll never forget I finished the album, 'PCD', and [executive producer] Ron [Fair] and I brought the girls into the studio and we played it for them. It was the first time they'd ever heard the music.

He said: ''Melody sang a bit here and there, but the records were Nicole, with the exception of an occasional ad-lib.''

Carmit was first to leave Pussycat Dolls, with Nicole and the rest of the original recording line up following in 2010. A new version of the band is now performing, which has a line up of Lauren Bennett, Paula Van Oppen, Natalie Mejia, Natasha Slayton and Simone Battle.