Nicole Scherzinger Rushes to the US in Mourning For Grandmother 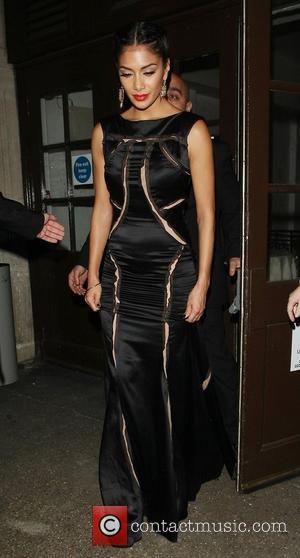 On Saturday's show, Nicole Scherzinger seemed distinctly less upbeat than normal, she spoke through tears after District 3's performance of Eric Clapton's 'Tears in Heaven', saying that the song had particular significance for her on that day. The resonance and importance of her tears we've only learned today, as it has now been reported that Nicole lost her grandmother on Saturday morning.

The Mirror reported yesterday that the pair were jetting off for a romantic break, having not been able to spend much time together recently, however, in light of today's revelation it has become apparent that she is in fact returning home for far less joyful purposes. It is thought that her commitments to the X Factor will bring her back either tomorrow (Nov 14th 2012) or Thursday which may mean she'll miss her grandmother's funeral. Boyfriend, Lewis Hamilton who went with her over the the US, will probably stay state-side as he has an F1 race in Texas on Saturday.

While the Mirror questions whether Scherzinger will miss the X Factor for her grandmother's funeral, our concern is far more for the family. Although the X Factor judge obviously has commitments to her three contestants still left in the competition, Jahmene, James Arthur and Rylan Clark, it will be more than understandable if she can't make it back. We at Contact Music wish all the best for the Nicole and all her family, and send our condolences.