Nicole Scherzinger appears to be committed to recording to promoting her new album, rather than signing on for another season of x factor. 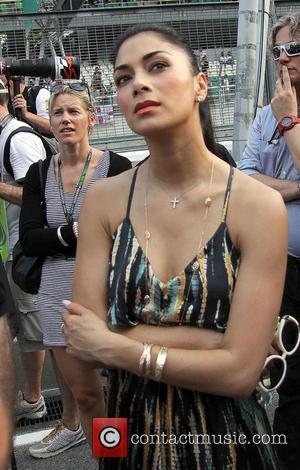 Nicole Scherzinger is giving X-Factor bosses a major headache ahead of the new series, which starts on ITV later this year. The American singer emerged as a hit member of the judging panel and mentored both finalists on the most recent series, though the ex-Pussycat Doll is releasing a new album in November on both sides of the Atlantic and will be required to be available for heavy promotion.

Overseen by Simon Cowell, X-Factor bosses have tabled a bid of around £1 million for Nicole to return to the show - according to The Sun - though she insists money is not a sticking point, which isn't hard to believe. She's already one of the most recognisable stars on the planet and, err, dates Lewis Hamilton. She told a pal: "I'm so torn right now. My heart wants me to come back and do the show as I had such a great time last year. But my album is coming out and I also need to focus on that. I don't think I can make it work. By trying to juggle the two, one or both will suffer," she told a pal.

Nicole pointed towards the intense criticism that Kelly Rowland received after missing some of the live shows during her tenure on the show, saying she didn't want to experience anything similar. It leaves Simon Cowell with work to do to reform his judging panel, with Gary Barlow the only member of the team thought to have signed on for another stint. ITV bosses are still unsure about the relevance of Louis Walsh, while a deal for Sharon Osbourne is yet to be done.

The news comes after reports that Cowell has offered former Oasis guitarist Noel Gallagher a "name your price" offer to become a judge on the new season. Noel's daughter is thought to be a huge fan of the programme.

Auditions for the new series of The X-Factor begin in June.