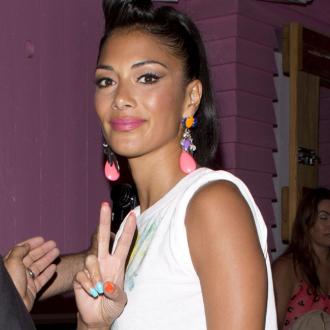 Nicole Scherzinger refused to share the spotlight with the rest of the Pussycat Dolls according to her ex-bandmate.

Former Pussycat Doll Kaya Jones has hit back at the 'Don't Hold Your Breath' singer for claiming in her upcoming VH1 'Behind the Music' special that she did 95% of the singing herself and the rest of the group did not record any vocals for their albums.

Kaya did not deny Nicole's claims but insisted the other members of the band were heavily involved.

She told US gossip website TMZ: ''There was a lot more going on behind the scenes. Nicole was always someone who wanted to be in the spotlight and would do pretty much anything to get it.

''To call the other girls in the Pussycat Dolls 'window dressings' is a bit far-fetched ... every girl in the group was talented.''

Kaya's response comes just days after a clip of the upcoming documentary was released in which 34-year-old Nicole said that her fellow ''Dolls'' Melody Thornton, 28, Ashley Roberts, 31, Kimberly Wyatt, 30, Jessica Sutta, 30, and Carmit Bachar, 38, were given undue credit.

Nicole said: ''I hope I don't get in trouble for the stuff that I say but I'll never forget I finished the album, 'PCD', and [executive producer] Ron [Fair] and I brought the girls into the studio and we played it for them. It was the first time they'd ever heard the music.

Ron agrees Nicole, did more singing than her bandmates.

He said: ''Melody sang a bit here and there, but the records were Nicole, with the exception of an occasional ad-lib.''

Carmit was first to leave Pussycat Dolls, with Nicole and the rest of the original recording line up following in 2010.