Is Tamera Foster a shoo-in for this year's show? 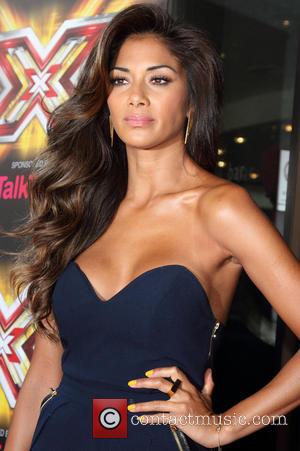 Tamera Foster, 16, who made it into Nicole Scherzinger’s final three during Sunday’s X-Factor judges houses episode, is the hot favorite to win the show.

Foster, from Gravesend, Kent, is the 5/2 frontrunner to win the show though has already risked angering show bosses after hiring the services of a budding public relations man, Joshante Amihyia, who is also her boyfriend.

According to the Daily Star, Amihyia has been accompanying Foster to various commercial engagements, including photo-shoots not connected with The X-Factor. His Instagram and Facebook profiles appear to show him stepping out of chauffeur-driven sports cars, bragging about big-money business deals and posing with giant champagne bottles.

“Everyone supporting I love you, everyone hating ? I love you, pushing me to do better,” Foster wrote on Twitter after last night’s episode.

Mentor Scherzinger had initially needed more time to make a decision on Foster, who has impressed in every round of the talent contest though who has a chequered past. “You know all my life, I've been told I'm no good and I can't do it but now I'm here and I know I can do it,” she said in a successful attempt to persuade the former Pussycat Dolls star.

Watch Tamera Foster singing Whitney Houston's I Have Nothing:

Elsewhere in the betting, 16-year-old Scottish singer Nicholas McDonald is the second favourite after impressing in Louis Walsh’s category, while soulful Hannah Barrett is the 5/1 third favourite.

Lorna Simpson is the favourite to be the first eliminated following this weekend’s first live shows. Gary Barlow Is Mentoring The Groups This Year