Actress Nicollette Sheridan Has Been Given Permission To File A New Complaint In Her Long-running Legal Battle Over Her Departure From Desperate Housewives. 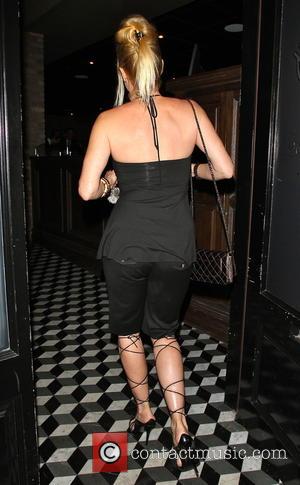 Sheridan launched a lawsuit against show bosses in 2010 claiming she was written out of the comedy/drama in 2009 because she complained about creator MARC CHERRY hitting her on the head.

The case against ABC/Touchstone entertainment bosses went to trial in 2012, but the jury could not reach a majority verdict and it was declared a mistrial. Sheridan has been pushing for a new trial ever since, but she has faced a number of legal obstacles, including Judge Michael Stern denying her new court proceedings in 2013.

Sheridan has now been given fresh hope after a three justice panel of the 2nd District Court of Appeal reached a unanimous opinion overturning Stern's ruling against a retrial due to changes in the California Labor Code.

The actress can now file a new complaint of retaliation against ABC/Touchstone under the code, and her attorney Mark Baute expects a new trial to take place in "the next six months".

He writes in a statement, "Nicollette and I were both very pleased with the appellate court's decision in our favor, and we look forward to the second jury trial... The first jury trial was a hung jury, 8 jurors for Nicollette, and 4 jurors for Disney (owners of ABC), and we believe that there are very few surprises left for us to deal with on the second trial, particularly now that the show is off the air and is in syndication."

Nicollette Sheridan seen out and about