Nigella Lawson returned to British screens on Monday night, but social media poked fun at her recipes and presenting style.

Nigella Lawson faced ridicule by social media following her long-awaited comeback to television last night, following a rough couple of years that have seen her private life exposed to the world.

In her new BBC2 series ‘Simply Nigella’, whose first episode was broadcast on Monday night (November 2nd), the celebrity cook was accused of ‘playing it safe’ in her recipes and her tried-and-tested presentational methods of gentle, unsubtle innuendo. 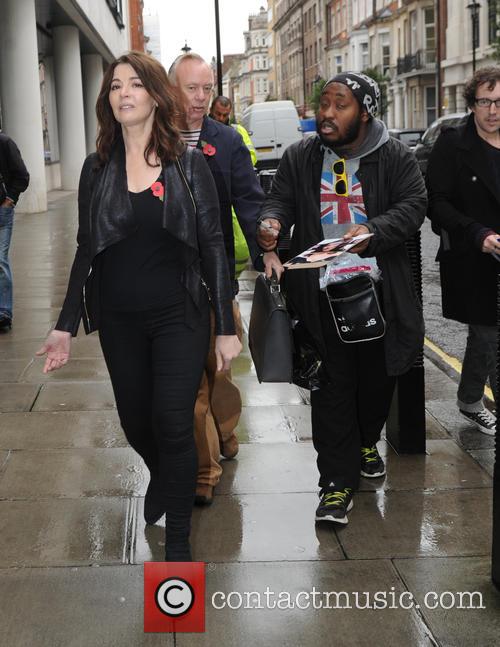 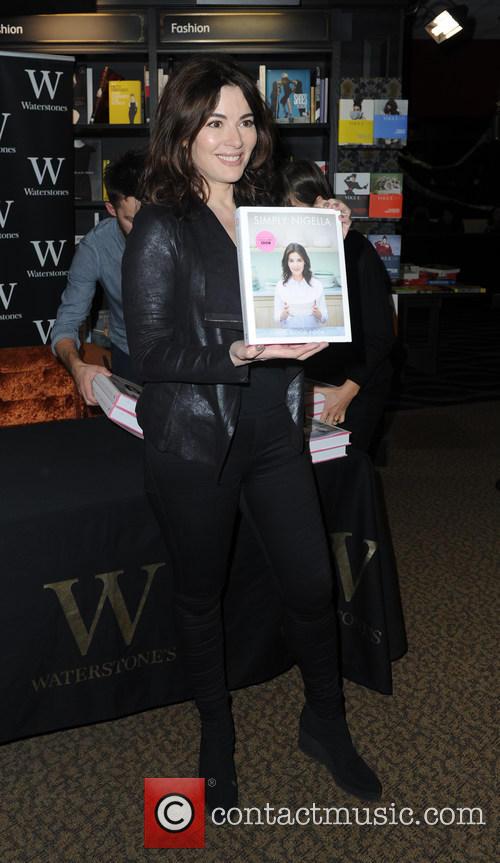 The celebrity chef will be answering the call from Vienna on Saturday night.

Nigella Lawson will be announcing the results of the British vote at this year’s Eurovision Song Contest. The TV chef announced the news on Twitter on Monday afternoon after one of her followers asked her whether rumours he had heard about her reading out the results of Britain’s vote were true.

Joseph Beaver asked her ‘Saw some tweets from Eurovision Land. Are you reading the results for the UK next Saturday. Please confirm. Thanks. Joe.’ 55 year old Nigella responded with “Yes it’s true, Oui c'est vrai, Ja Ja, das ist wahr,” getting into the spirit by answering in English, French and German!

The cookery show launched Lawson’s US career in 2013.

US cookery show ‘The Taste’, which featured Nigella Lawson on the judging panel, has been cancelled by network ABC following a huge drop in ratings. The show began its run in 2013 and had so far completed three seasons. The series was intended to launch the career of Lawson in the US, after she became a household name in Britain thanks to her BBC programs. When it debuted back in 2013 ‘The Taste’ had pulled in seven million viewers for ABC, but now two years on ratings have fallen to less than three million.

By Jack de Aguilar in Lifestyle / Showbiz on 18 December 2013

Allegations are flying everywhere, centering on a systematic period of supposed drug use from Nigella.

It has been alleged, by Francesca Grillo – Nigella Lawson’s former aide, currently accused along with her sister of fraudulently spending £685k while under employment– that the TV chef would stay up all night, using cocaine and writing cook books. The startling new accusation comes after weeks of claims that Lawson was a regular user of cocaine and marijuana for various parties. Francesca told the court Nigella was “absent and grumpy”, blaming her mood swings on a lack of sleep.

By Lauren James in Lifestyle / Showbiz on 05 December 2013

The fraud trial involving Nigella Lawson and Charles Saatchi's former assistants hears from the TV chef for a second day.

Nigella Lawson has admitted that she has taken cocaine, at the Isleworth Crown Court trial of her former assistants, who have denied fraud. The television cook said she had first taken the drug with her late husband John Diamond when he was terminally ill as "it gave [Diamond] some escape." Nigella Lawson Has Admitted In Court That She Has Used Cocaine.

Lawson, 53, revealed that she took cocaine with Diamond on six occasions after they discovered that his cancer was terminal. She also said she used the class A drug again in 2010 when she felt her ex-husband Charles Saatchi was subjecting her to "intimate terrorism."

Nigella Lawson is one of the most hotly discussed celebrities in the world right now, and all for the wrong reasons too, as her supposed drug habits look unlikely to disappear any time soon. With her reputation on the verge of being in tatters, Nigella will look to address these rumours once and for all and to set the record straight, taking to one of the biggest platforms on television to deliver her side of the story. In the ongoing court case against former assistants Francesca and Elisabetta Grillo for fraud, the pair insisted that Nigella has a insatiable drug habit, with their remarks backed up by an email from Nigella's former husband Charles Saatchi. Nigella has so far avoided discussing the scandal in public and when she appears at Isleworth Crown Court to give evidence against the defendants, she plans on only answering questions about the case. But Nigella isn't avoiding the scandal, just waiting for the right moment to address it, taking to one of the biggest stages around to finally address it.

Nigella Lawson (53) is been bombarded with outrageous claims in a UK court.

The now infamous altercation between the chef and her ex-husband Charles Saatchi (70), which grabbed headlines everywhere, was caused by Lawson's apparent "daily" drug taking routine.

Two assistant, who worked for Nigella for more then ten years, were permitted to use Saatchi's company credit s they had an "understanding" with the celebrity chef, which was to keep shush on her drug taking, reports The Telegraph.

Getting Even: Nigella Lawson Gearing Up For Divorce With High Profile Lawyer

With Shackleton on her side, Lawson is more than ready to take on her soon-to-be ex-husband.

While Charles Saatchi took to the press to announce his divorce plans, wife Nigella Lawson wasted no time before getting a lawyer – and an impressive one at that. The celebrity chef has enlisted the services of Fiona Shackleton for the split. Known as the “doyenne of divorce”, Shackleton has protected the interests of the likes of Paul McCartney, Prince Charles and Madonna, during their own high profile splits. It makes sense for Lawson to turn to Shackleton over any other divorce lawyer, however, since the divorce pro is also Lawson’s cousin. And let’s not forget her no nonsense style in court, either. Nigella has come under fire from her future ex-husband.

“Nigella never wanted it to come to this — but Fiona has been a rock of support and she is glad to have her on her side,” commented a source for The Sun. “Nigella is soft so she needs someone strong representing her — and they don’t come any tougher than Fiona. Charles must be quaking in his boots.”

Continue reading: Getting Even: Nigella Lawson Gearing Up For Divorce With High Profile Lawyer 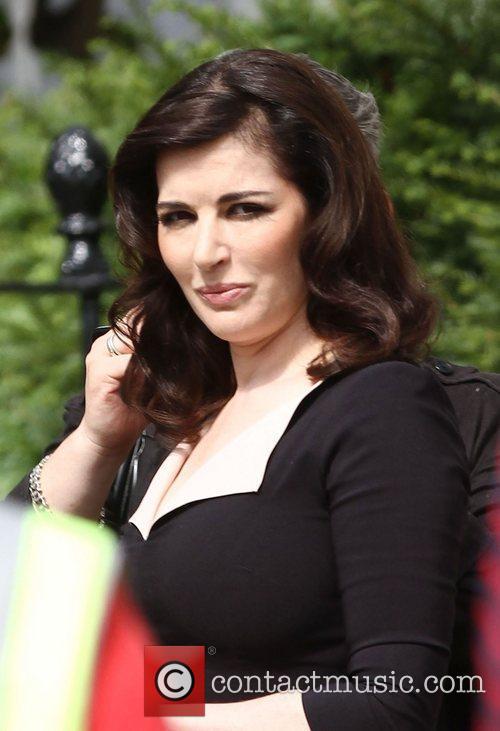 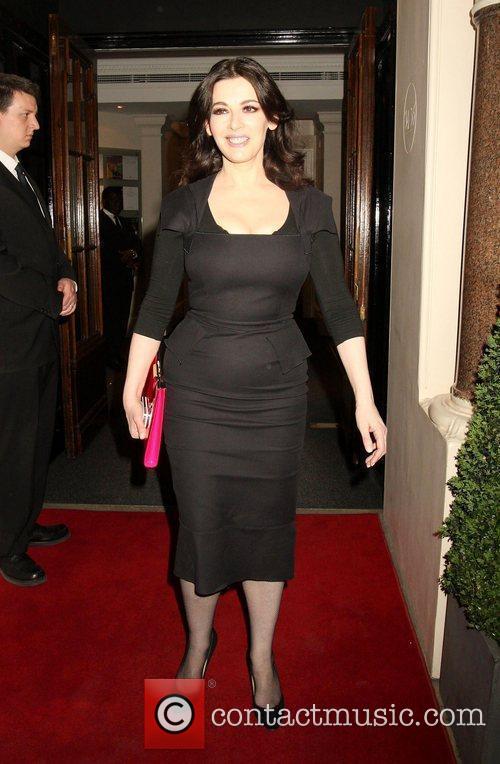 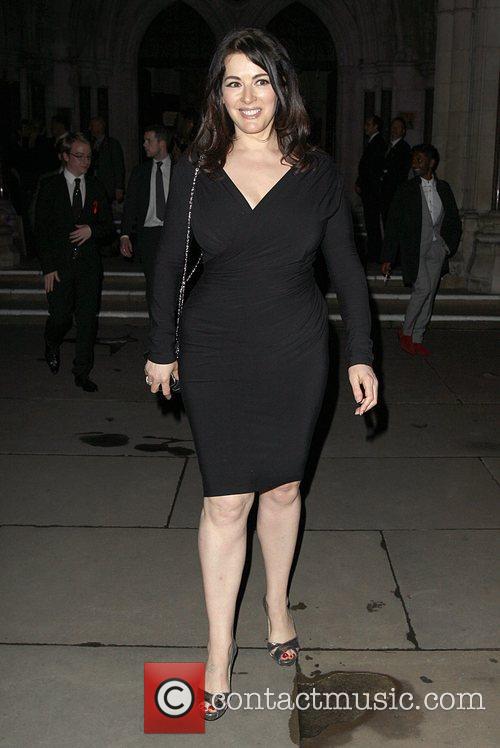