Charles Saatchi's bizarre behaviour on Sunday 9th June has prompted an outpouring of concern for his wife Nigella Lawson. 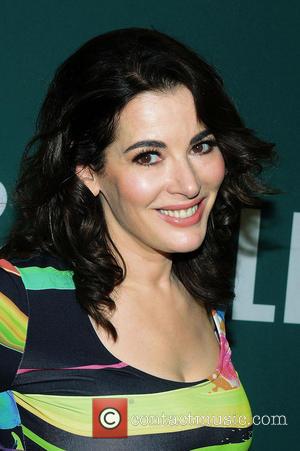 Nigella Lawson and Charles Saatchi were photographed outside at their favourite Mayfair restaurant, Scott's, on Sunday 9th June. They were published yesterday in Sunday People. They appear to show Saatchi holding Lawson by the throat a number of times whilst she attempted to appease him with a kiss on the cheek.

Saatchi claims the photographs have over dramatized the event. In a statement to the London Evening Standard, Saatchi said "the pictures are horrific but give a far more drastic and violent impression of what took place." He claims, despite photographs showing Lawson's eyes bulging, that "there was no grip" and it was merely "a playful tiff."

A number of eyewitnesses have spoken against Saatchi following the publication of the photographs. Although they had not thought to contact the police or even the press before yesterday. These unnamed eye-witnesses claim Saatchi was 'menacing', the scene was 'shocking' to see and that Lawson appeared 'tearful' and 'very upset', as reported in the London Evening Standard.

The couple were married in 2003, they live in London with Lawson's two children by her late John Diamond. Saatchi is a former advertising mogul who owns one of the world's largest art collections.

The restaurant where the row took place, Scott's in Mayfair, London have been denying any knowledge that anything so unsavoury could have happened on their premises. In a statement released in the wake of the photographs' publication they said "The staff and management at Scott's are aware of the reports in the media and would like to make it clear that they did not see the alleged incident nor were they alerted to it at the time."

Photographs taken yesterday evening showed Nigella leaving their London house with her son Bruno in tow. Saatchi claims his wife left their home until "the dust settled." Police are currently investigating the photographs whilst no comment has been made by Lawson or her publicist.