Nigella Lawson And Charles Saatchi - Are They Divorced Already? 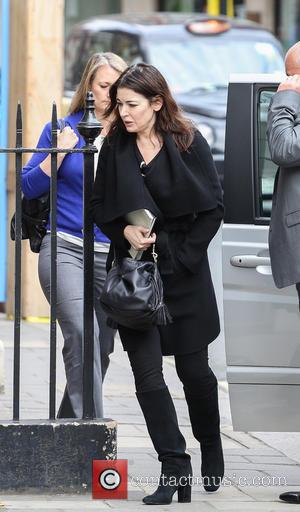 Picture: Nigella Lawson - Nigella Lawson arrives at Soho Hotel Little House in Mayfair. She was seen arriving back with paperwork under her arms after her...

Well, aren’t we glad this didn’t drag on; according to The Daily Mail, Nigella Lawson and Charles Saatchi should be divorced by now, weeks after photos emerged of the advertising mogul clasping the TV Chef’s neck.

The pictures spread like wildfire and talk of the couple’s demise soon followed. Nigella has stayed quiet, though, going about her business – some private, some professional – in a dignified manger.

Earlier this month, sources – friends of Mr Saatchi - told the Daily Mail: “He and Nigella agreed – via Fiona Shackleton – to a speedy divorce. Fiona Shackleton is Nigella’s first cousin and Charles highly respects her. He did not hire a lawyer himself and he has not even spoken to Helen Ward, whom a Sunday paper claimed he has hired.” Anyway, the divorce, if The Mail aren’t making it up, should have happened today at 10:30am, and will take six weeks to become a formal ‘thing’.

The pair are reported to be worth £150m, and signed a pre-nuptial agreement back in 2003 when they wed. Things took a real turn when Saatchi announced to the media that they’re marriage was over, without telling Nigella. But the celebrated cook will be off to L.A soon to embark on a new adventure; she’s filming her new ABC cooking show, The Taste.

So, a celebrity marriage goes under without too much trouble. And by ‘not too much trouble’ we mean suspected domestic violence in public, a media battle for supremacy and a divorce done through the courts without the presence of either party required. A nice, clean break. It's been a diffiult time for Nigella