Nigella Lawson admits to using cocaine "on maybe six occasions" in the past but states the idea that she is a "habitual user of cocaine is absolutely ridiculous." 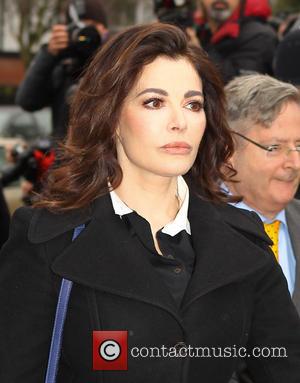 Picture: Nigella Lawson - Nigella Lawson arrives at Isleworth Crown Court to give evidence in the trial of the her ex-employees, Francesca and Elizabetta Grillo...

British celebrity chef Nigella Lawson testified in the fraud trail of her two former assistants in a London court on Wednesday (Dec 4th).

The 53 year-old admitted using cocaine and cannabis but denied been addicted to any substance.

Lawson revealed in a detailed testimony, she had taken cocaine several times in her life, the first being with her late husband John Diamond, while he was battling with cancer (via BBC).

"I did it on maybe six occasions and joined in with him...It gave him some escape," she said.

'The Taste' star also admitted to taking it in 2010 due to feeling she had been "subjected to intimate terrorism" by her ex-husband Charles Saatchi.

"I was having a very, very difficult time, I was being subjugated to intimate terrorism by Mr. Charles Saatchi," she told the court.

The revelations occurred during the trial of Francesca and Elisabetta Grillos', two sisters who were charged with defrauding Saatchi for nearly £300,000 on luxury items.

Their defence lawyer claims Lawson let them use her ex-husband's credit card in exchange for not unveiling her drug use to anybody.

Lawson also admitted to smoking marijuana in the last year of her marriage to Saatchi and had to ask her staff members to roll a joint as she didn't know how. "This was not behavior I'm proud of," she said.

But, she reiterated,"The idea that I am a drug addict, or habitual user of cocaine is absolutely ridiculous." Lawson also stated that now she is out of her marriage to Mr Saatchi, her personal life is much better, "I have to say, since freeing myself from a brilliant but brutal man, I'm now totally cannabis, cocaine, any drug-free."

The claims come from an email Saatchi sent his ex-wife, presented in court, he refers to her as "Higella" and states she was "so off her head on drugs" when she gave her two assistants permission to use his company credit card as much as they'd like, in order to keep her drug problem covered up, Lawson denied all these claims.

She said he was on a campaign to "ruin me in any way", financially and personally, and he thought "get her, I don't care what it takes".

Lawson will return to court to complete her testimony on Thursday (Dec 5th).