Charles Saatchi has almost entirely played down Nigella Lawson's throat-grabbing incident, despite handing himself into police. 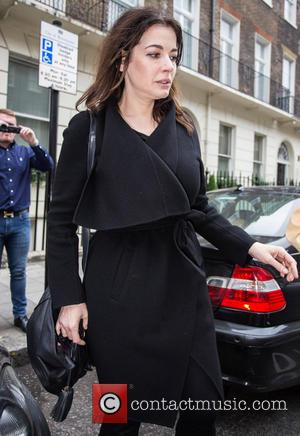 Art tycoon Charles Saatchi says he was simply trying to remove 'snot' from his wife Nigella Lawson's nose when he was photographed prodding and twisting the celebrity chef's face while dining at Scott's Restaurant in Mayfair earlier this month. The 70-year-old, who was cautioned by police, was also photographed by the Sunday People with his hand around Lawson's throat.

"Even domestic goddesses sometimes have a bit of snot in their nose. I was trying to fish it out," Saatchi said, according to the Daily Mirror. The photographs appear to suggest a wholly different story, with Nigella appearing visibly upset as Saatchi grabbed her around the neck. In what was described as 27 minutes of madness, Charles seemed riled by something his wife had said or done, leaving her to flee the restaurant and hail a cab in tears. The advertising guru later left and headed back to the home the couple share in Chelsea.

Following the publication of the first set of images, Nigella moved out of their marital home and has been staying in rented accommodation in Mayfair ever since. She is now said to be considering escaping to the U.S for some privacy, having landed a starring role on The Taste - a new culinary reality show with a similar format to The Voice.