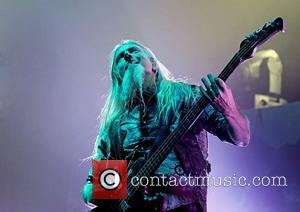 Former Nightwish singer Anette Olzon is considering ditching physical album sales for online-only projects in future after parting ways with her record label, nine months after the release of her debut solo disc.

Olzon's record, Shine, hit stores in March (14) and garnered positive reviews, but the singer reveals she has since left earMusic, suggesting poor sales are to blame.

In a Facebook.com message, she writes, "I actually don't know (when I'll release my next album), since I have decided to part ways with my record label and go on my own. So let's see when and how I will release something. (I) probably will release most stuff only in (sic) the Internet and iTunes and so on, since album sales are so bad nowadays."

Olzon parted ways with the Finnish metal group in 2012.