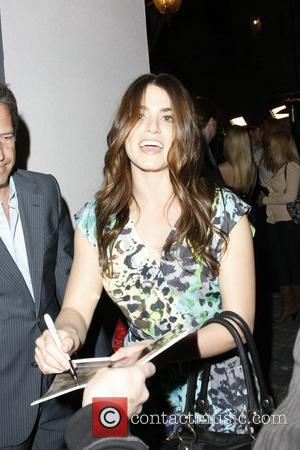 Nikki Reed is reportedly in a relationship with the American Idol heartthrob Paul Mcdonald, according E! Online. Nikki Reed and the 26-year-old singer have been "virtually dating" since meeting on the red carpet at the 'Red Riding Hood' Los Angeles premiere.
The pair's first meeting was caught on camera, when Nikki approached Paul on the red-carpet and said, "You're amazing. I'm blushing, I should go." Paul then says, "Wow, thank you" and the two hugged and said goodbye. Minutes later, when Nikki is off camera, Paul asks, "Was she a famous actress or something? I'd hang out with her!" The couple's relationship is now described as being "official" and a source claims that Paul is Nikki's "boyfriend". Reed's friend Peter Facinello has given MCDonald his backing, recently tweeting, "Calling all pfach Followers. Give Paul MACdonald your vote this week on American idol. I luv this guys music. Only a half hour left to vote", following up with, "Heres the number. 1-866-43657-09. Only 10 minutes left. #vote4PAulMACdonald"
Nikki Reed's new boyfriend escaped elimination on last night's American Idol results show. In a shocking turn of events, the hotly tipped Pia Toscano received the lowest amount of viewer votes and was sent home.